Have you ever had a patient with leg pain, whose symptoms didn’t quite make sense?

Recently, I met such a patient, and the experience was a good reminder to resist being swayed by the opinion of other clinicians. In other words, it pays to go with your gut.

I’ve been a Sport and Exercise Medicine Doc for a long time. But I’m quite old, and there was a time ‘before a long time’ when I roamed around other many other areas of medicine. This has served me well. Thankfully, I’m not too old to remember that the world of MSK doesn’t have the monopoly when it comes to leg pain. The problem is, working in MSK can sometimes blind us to there being other kinds of pathology.

This can particularly be an issue when the person standing in front of us is a picture of athletic health.

A couple of weeks ago, I was referred a patient by a fantastic physio colleague…….

The patient was 46, she was a non-smoker, and to help her husband ‘lose a bit of chub’, she’d embarked on training for several charity walking events. She weighed 9 stone 2 lbs, and was 5’5”.

The walking was not going well, and she described ‘ceasing up’ in her calves. She had to stop every five minutes to let things settle down, and then she could move on again. She had recently seen a cardiologist for a pain in the front of her chest. She’d had a normal ECG and bloods and was told it was ‘probably costochondral’.

He’d advised she see a physio to get her calf muscles ‘loosened off’.

Hearing her story, she had described classic symptoms of claudication, and yet she looked trim and sassy in her size 10 Ted Baker suit.

The consulting room was still warming up from the ‘warmth’ of a British Summer’s morning. Even so, I couldn’t feel her pedal pulses.
She had a bilaterally positive Buerger’s test. A rustily performed (it had been a while) ankle brachial pressure index was about 0.5. And yes, her calves were tight. 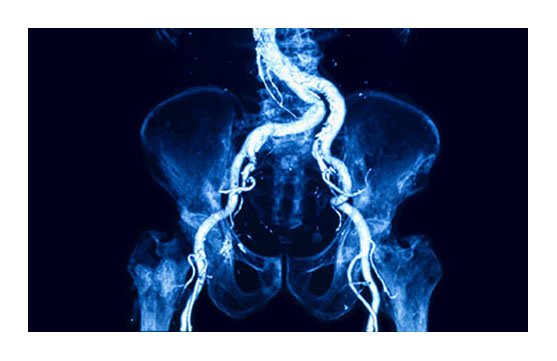 A quick referral to one of my wonderful vascular chums, and a Doppler and a CT Angiogram later, she had herself a confirmed diagnosis of severe, bilateral, superficial femoral artery stenosis.

She’s now rattling with pills, she’s pushing on with her walking, and she’ll hopefully avoid stenting.

Here’s the moral of the story.

Whilst we’re used to keeping vigilant for deep vein thrombosis, we sometimes forget about the other ‘medical’ stuff when it comes to leg pain.

It may be no surprise to learn that peripheral vascular disease (PVD) is under-recognised in women (Journal of Vascular Surgery, Volume 57, Issue 4, Supplement, April 2013, Pages 18S-26S). Perhaps more surprisingly, however, is that PAD in (both guys and girls) is frequently underdiagnosed in patients with known ischemic heart disease, who are under specialty care.

So, the next time you have patient how has a moan about how ‘tight calves are holding them back from getting fit’, ask yourself if this could be a case of furry arteries. It might save them losing a leg.

We want to raise awareness about sport injury management and prevention, for patients and clinicians alike.

Let’s get in touch!