Skip to content
Ankle sprains: When should you be concerned?

Ankle Sprains: When should you be concerned?

I feel strongly that ankle injuries are often ‘undertreated’, and they can set you for problems in the future.

It’s all too common to dismiss an ankle sprain as being merely ‘inconvenient’, but staggeringly, over 30% of patients who sustained such a ‘sprain’ are still experiencing significant problems seven years later.

Let’s take, for example, a person limping into clinic on a Monday morning after a weekend footy tackle. Understanding the mechanism of the ‘twist’, can give us clues as to which structures are potentially injured. The commonest mechanism is an ‘inversion’ injury, which occurs when we roll the ankle under the foot, so that the sole of the foot is facing inwards. Easy to understand, and easy to visualise what could be busted:

The ankle joint consists of the tibia and fibula leg bones, which form a ‘mortise’ or arch in their arrangement, and the talus bone, which sits like a key within the mortise lock.

On the medial (inside) side of the ankle, there’s a strong fan-shaped structure, the deltoid ligament, and it links the tibia to the foot, whilst three smaller ligaments form the lateral (outside) restraints – the ATFL, CFL and PTFL. All of these structures can be partially or completely torn during an inversion injury, but it’s the AFTL that is most commonly affected, followed by the CFL. Sometimes, the inversion can twist the talus in the mortise, scuffing up the cartilage lining the joint, or creating a small fracture in its surface. This kind of damage can lead to long-term swelling and pain and may sometimes even need arthroscopic (keyhole) surgery to correct it.

Most inversions will settle with some TLC, physio, osteo and exercises to improve your ankle’s range of motion, as well as waking up your calf muscles and the little ‘intrinsic’ muscles in your feet. Good rehab will help your legs to relearn ‘which way is up’ (aka proprioception), restoring balance and quick-firing protective mechanisms that prevent us toppling over when we stand on one foot, or make a dynamic or change-of-direction movement.

What if you’re not getting better after an ankle sprain?

What if you twisted your ankle ages ago, did great rehab, and it remains, well, irritated?

Some people find themselves with an ankle that persistently gets narky and swollen after exercise. This kind of behaviour lasting for more than 3 months (and arguably even beyond six weeks), really isn’t OK.  It means something ‘dodgy’ is probably going on inside that ankle, and it isn’t good enough to just “keep going”. Nor is it OK to blindly accept the message that “ligaments take a long time”.

Don’t dismiss an ankle that continues to be ‘not quite right’. You might recall ‘going over’ repeatedly on your ankle, but not consider it to be ‘unstable’. Yet what you are experiencing, is at its core, instability, and it can lead to some big long-term problems.

Why is this? Too much ‘play’ in the ankle can lead to overload of tendons, create a soft tissue irritation called (impolitely) ‘gutter’ syndrome, and can eventually lead to ankle arthritis. That’s BAD news.

If you’re struggling on with an ankle that’s not improving, you need a proper assessment and likely an MRI to ascertain the extent of the damage – an X-ray just won’t cut it.

Some ankles injuries may need a little ‘taming’ of inflamed structures (e.g. with an ultrasound guided steroid injection) to help get that rehab flying along, but repeat offenders may occasionally need surgery to reconstruct the ligaments (e.g. a ‘Modified Brostrom’ operation) to regain harmony within the ankle.

But what if it’s not so clear?

What if you didn’t remember ‘rolling’ your ankle, but you knew something drastic had happened to it? Many of the people I meet in clinic describe “going over the top” of their foot, and struggling to weight-bear after the event.

Chances are, they are probably reporting the symptoms of syndesmosis injury. This is an ankle ‘hyper dorsiflexion and eversion’ injury (think of it as being a toes-up-towards-you and foot-rolling-outwards injury).  This is SUCH an important injury but is frequently missed by clinicians – yep, even orthopaedic surgeons, and it’s a major cause of long-term ankle problems. So how do you know if you have  a syndesmosis injury, (and what on earth is the syndesmosis?)

The syndesmosis is the connection that binds together the fibula and tibia bones at the top and the bottom, and in a syndesmosis injury, the bottom join can be forced apart – and that means trouble for the roof of the ankle joint.

How do you know if you have a syndesmosis injury?

You might recollect a “I don’t really remember how I twisted it – all I know is that it hurt like hell and I knew I’d really done something bad” story.  Patients with a poorly syndesmosis find it difficult to walk, they particularly find it difficult to tiptoe, and they absolutely hate the idea of trying to hop.  In addition to this, they lose the fullness of their ability to plantar and dorsiflex their ankle fully (think ‘good toes, naughty toes’ if you ever went to ballet classes).

If you’ve hurt your syndesmosis, you might also notice a doughnut-shaped swelling around the top of the ankle, rather than swelling and bruising along the side of the ankle.

What should you do if you think you might have a syndesmosis injury?

As soon as you’re even a little bit suspicious that this might have happened, get your weight off your foot, and ideally get onto a pair of crutches. Then get some expert help. If you’ve been seen in A & E, you’ve been sent home without a clear diagnosis, and you’re not really sure, it’s better to get a proper assessment with someone like myself.

X-rays are poor at reliably picking up syndesmosis injuries, and the gold-standard is an MRI scan.

After I a took at tumble on a trail run, I found myself unable to even jog. My ankle just felt ‘wrong’ and it kept swelling and aching. Despite a trip to A and E (and being told to just get on with it), osteopathy, and seeing my GP on multiple occasions, it just wasn’t getting better.  Within 24 hours of meeting Dr Cath, I’d had a proper assessment, an MRI scan, and finally a proper treatment plan. I’m back running ultras, and I’m so grateful she could spot what was wrong straightaway.

What’s the best treatment for a syndesmosis injury?

As with all injuries, it depends..

There are anterior and posterior components to the syndesmosis as well as an ‘interosseous membrane’ between the tibia and fibula bones. Ping the lot, and you’re very likely headed for surgery, especially if you’ve also hurt other structures in your ankle (such as your deltoid ligament). Ping one component and you might get away with conservative treatment, which means wearing  a boot and participating in a lot of rehab.

Tools such as a weight-bearing CT scan can be really helpful in looking for the more subtle differentiations between a syndesmosis that is stable, or one that isn’t (and therefore might be headed for surgery). Time is of the essence with a syndesmosis injury, so get it checked out properly.

If you’re unsure or frustrated with your ankle injury (or a patient you’re treating is struggling), get in touch; I’m at css@sportdoclondon.co.uk 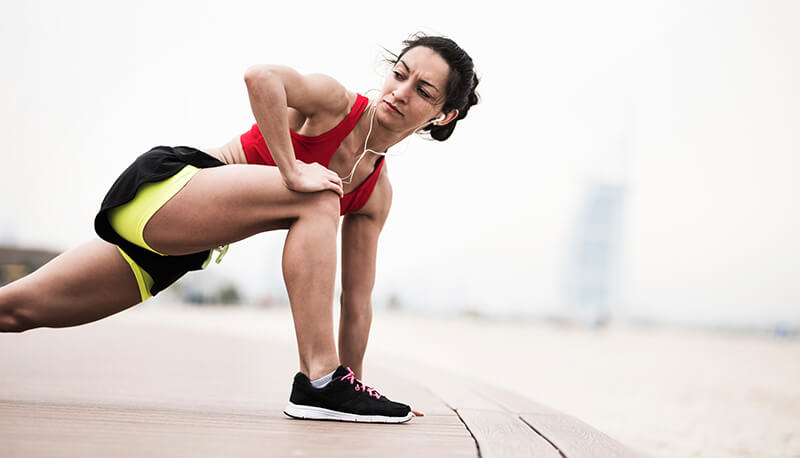